I have been wondering is it possible for there to exist so much love in our live, in this world, that there is no room for hate.

You see, I find that investing my energy in ill feelings towards another is exhausting.

I. Love. Him. I love him. I love him very much. More than I could ever hope to explain to anyone. He’s everything that I have ever dreamed of and more. And she broke him. I’m sad. I’m angry. But mostly I’m lost. I’m hurt. More than anything I want to surrender. I want to surrender to these feelings. I don’t want to be calm and put together. Rather, I would love nothing more than to be in his arms and cry. I want to completely loose it and I want him to loose it with me. He’s hurt. I don’t need him to tell me that. It wants to be strong and to be brave. What he doesn’t know is that he already is. I want to feel safe again. I feel safest when I imagine being in his presence. It’s comforting. At times, right now, it’s too much to handle. IT’s too much to consider. At times, I don’t know what to do. I feel lost and alone. Yet, I get this sense that he is lonelier than I am.

I feel calm when I am around him. I feel safe and protected.

Sometimes, I imagine what life would have been  like if Tyler and I had never burned bridges so to speak. While the feeling is nice and is also calming, it’s calming because it feels innocent. However, I Tyler and I, we aren’t right for one another. The feeling is innocent. Yet, it’s not the same as Kevin.Sometimes I want to go into that state of innocence as I feel like I have lost that feeling. Like I’m not innocent. While Tyler is a good man, he is not Kevin. Kevin is sexy. Tyler isn’t sexy. He’s cute, much in the way that a child is. Rather, Tyler feels more like a child, like a good little boy who is so afraid to do anything. He’s private. Private in the sense that we are not supposed to voice our genuine opinions or piss anyone off because that would upset the status quo. I felt safe but not safe in a freeing sense. Rather, I felt safe in the sense that I was being a good statue girlfriend. With Kevin, it doesn’t feel like that. When I imagine a life with Kevin, if I could, it’s freeing. It’s freeing to surrender to him. It’s freeing because he doesn’t wish to control. He’s afraid and not afraid at the same time.

He’s afraid of being hurt again. Rather, he’s afraid of being betrayed again (we can call it that right? She did betray him). He’s afraid of letting go of her. Logical Kevin, knows her and him are done. However, emotionally, physically (We can agree that completely surrendering to our emotions is very much a physical experience) she owns him. She completely owns him and he’s afraid to let that go.     He is proud of himself; of who he is. He’s hard working (not that Tyler isn’t hardworking, he is very much hard working; they both are) and stern. Not mean but stern. I get this sense that there is a part of him that very much wants to be in a relationship; an intimate one that is open, that is raw, genuine. A relationship that feels safe. That is authentic. Where he feels safe to be him and I feel safe to be me.

Tyler use to tell me that I needed a filter. Often with what I perceived to be the implication that I was too open; too honest with him. If I’m being honest with myself, I would love to reconnect with him. However, only as friends. I would love to have that sense of innocence back. At times, I feel that I am no longer innocent. I feel like a part of me may have been taken away from me. I feel like I, to some extent, feel the pain and the rawness that Kevin may be feeling. However, I can’t tell if I am projecting my own feelings onto him or if he is really feeling these and sending off that message.

I want him to own me.

I must say, that sometimes I am conflicted. Very conflicted and that it causes me great confusion. Right now, I feel conflicted and very confused. Incredibly confused, really. I want so much and, for the most part, I know what I want. Yet, there are various parts of me, as no individual is as flat and non-dimensional as we tell ourselves that we are, that other people are.

Humans… They’re quite complex. Much more complex than any of us could possibly hope to explain.

In all honesty, I am awful at sucking things up. That is to say, that I want my cake and I want it to. In any aspect of my life.

Yes, I am selfish and at times greedy. In fact, I can be a bit of a bitch at times.  I want my life to be exactly what I want it to be. And the only person stopping me from doing exactly that… is me.

Howdy! Lately I have spent my days imagining the life that I want to share and experience with my husband and children. Much of this time has been spent imagining and wondering exactly how I want to raise my children. Now, no offense to my parents, I don’t necessarily want to raise my children quite the same. My parents did the best that they could at any given time. It’s not out of disrespect for my parents, and for the most part they did a great job. It’s just that there are some areas that I feel could use some improvement.

As a child I never really saw my parents love and affections for one another. In fact, much of what I saw and experienced from my parents involved much screaming, yelling, arguing, and belittling of one another. When my sister and I were little girls obviously the fighting was a bit more well hidden. Daddy always had a bit of a temper, though he’s cooled down some (in my opinion he could chill out some more though some things never change :-)). However, as we got older the fighting became more obvious and in all honesty it really disturbed me. Especially, since the anger and bitterness would be transferred to the individual relationships. Each interaction became tense. Often after an argument much of the interaction was void of any love or affection. As I take my future children into consideration, I realized that I don’t want my children to see only the disagreements. I want them to see and experience the love and affection that two people share. I do not wish to hide anything from my children.

I have also been considering alternative ways in which I would like to raise my children. I wish to further investigate the ideas of both natural and attachment parenting. From what I have gathered primarily from www.loveparenting.org, such a combination seems to focus primarily on respecting the child as much of an individual as you or I would another adult. A few things that I found to be particularly fascinating and that I would love to really consider giving a shot when I have my own children were 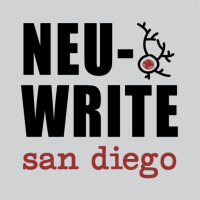 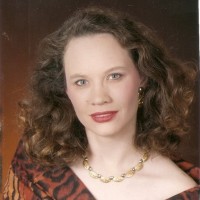 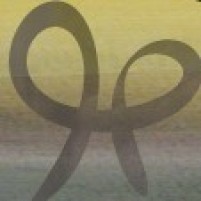 Rozanne Leigh
Texan in Tokyo
A Narcissist Writes Letters, To Himself

Finding my way back out of motherhood -- while mothering

I am a Duncan

My thoughts about homeschooling, health and fitness, being an expat, kids and just life in general. My personal Lifestyle Blog!

Peaceful Parenting for a Hectic World